November 1, 2016December 7, 2017 L.T Marshall
In celebration to my up and coming launch of my debut novel ‘Just Rose’ I decided we should have a few posts introducing you to my main characters. What better way to get emotionally invested in people you are very soon to meet in the magical world of my book than give you an in-depth view of who they are!
After introducing you to my heroin in an earlier blog post, it’s time to unveil her darker more masculine hero. 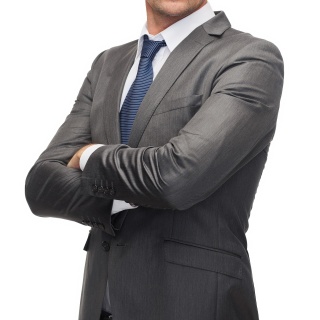 Date of birth : March 25th 1987
Height : 6ft 2
Eye colour : Grey
Hair : Black
Build : Well built, muscular
Occupation : CEO of family business
Star sign : Aries
Most noticeable feature: Intense Grey eyes
A little about Rob
Rob was born in the north highlands of Scotland to the parents Hamish and Isabelle Munro. Born into wealth and title of a very huge established family, he has a younger sibling Abigail. He had a pretty normal upbringing despite his families obvious lack of financial insecurity and almost coveted existance by the locals. He has a loving family, lives in a small town in a close knitted community which has kept him grounded as a person, staving off any heirs and graces normally associated with the rich. He went to normal schools but then a business degree at University set him on the path to take over the family empire. His mother’s death in his early twenties was a turning point, pushing aside immature play and laid back life and stepping into the role of carer and protector for his immediate family, taking on the role of CEO in the Munro business. He grew up fast and shouldered every responsibility, including that of his childhood sweetheart.
Personality
Handsome, stubborn and confident. Rob knows exactly what he wants and with so much power at his hands he is used to getting it his way. Coming though from a  family with such stubborn members he long ago learned the art of compromise and isn’t always so commandeering. He is smart, funny and great in a crisis and has a very gentle, caring side underneath all that brooding male dominance. Rob has a strong sense of obligation in life, he has an installed moral code of what’s right , coming from a  traditional old fashioned heritage which only adds to his charms.
Robs favourites!
Food – Rob has the appetite of a horse, he eats anything and everything and often. A guy who burns calories as much as he does can afford to be a food lover. His skill in the kitchen is second to none, learning young from his mother the basics of cooking and he can make a mean scrambled egg.
Books – Rob doesn’t have much time for reading but when he does it’s usually something dark and clever with a lot of twists and plot lines. Stephen King being a firm favourite.
Movies :Rob is a habitual old movie watcher when he gets some down-time, preferring the skill and talents of film-makers of old and the light charm behind them. He is a man of refined tastes and culture.
Refreshments – Rob drinks water constantly, a fitness guru secretly, he rarely delves into caffeine unless it’s to be sociable, he avoids tea but can most definitely be found among the heavy drinkers with a beer or spirit in hand whenever there is a party
Self-indulgences – Rob really only splurges with his boy toys, nice flashy car, lots of techno-geek gadgets in his living abode, high tech phone and most definitely his own private jet. The man who outwardly doesn’t really show off his millionaire status unless it’s something only a boy could go weak-kneed over.

Colour – Rob really likes neutral cold palettes, either his decor or his wardrobe is all usually dark tones, blues or grey. He likes black when it comes to his cars but navy or grey are his suit colours of choice.
Style : Cool, confident and controlled. Everything on the surface of Rob is always very smooth and he doesn’t give much away. He is ultra sleek and modern, not much for acquiring homely clutter, choosing the best cut clothes and classy current cars. There is a neat and organised coolness to the things he surrounds himself with.
Rob’s dislikes
Rob hates when things don’t go to plan, he always plans things out well and suffers slightly when his well-played moves get disrupted. He’s straight forward and honest and likes people to be that way with him, otherwise, you meet the dark side of Rob Munro. He hates clingy and suffocating people yet somehow attracts the acts.
Rob’s Goals!
Rob has plans to one day find the right girl and settle down, but in the meantime, he’s very good at keeping business and pleasure worlds apart. He has no immediate plans for romance, with a complicated life he really only thinks about his current families stability. Planning the future to include taking care of his father and sister indefinitely.Building his business into an even bigger empire and just enjoying life.

‘I don’t think so. You looked like a kitten trapped down a well. If I had left you any longer I reckon you were going to form the fetal position at his feet’
‘This!….us!…. You make it near damn impossible for me to function. Looking the way, you do. Smelling the way, you do. God even when you’re mad at me like right now, all I want to do is drag you over and rip your clothes off ’